Side A: You Know I Love You (Japanese Version

Side B: Dinosaur City

Sydney’s Big White brand new 7” vinyl includes the previously released single ‘Dinosaur City’ plus an exclusive Japanese version of their lead single ‘You Know I Love You’ sung in Japanese by Big White.

It has been a big year for Big White having signed to Caroline Australia as well as Burger Records in North America. Earlier this year Big White made their US debut at SXSW, and a tour across the South West of America. Playing a succession of shows from Houston, Dallas, Albuquerque, Flag Staff, and Las Vegas, Big White finished their tour at Burgerama Four at the Observatory in LA with Gang of Four, Ty Segal and Ariel Pink.

The members of Big White first met and started making music together when they moved in to a large Italianate Art Deco share house in the inner west of Sydney. The house has an eclectic past having served as a surgery, a brothel, and a boarding home, but is now home to five musicians in their early 20s.

Much like the members of the band themselves, Big White’s music is diverse in both influence and style. Touching on British New Wave sounds with Australian jangle pop sensibilities, this is best filed next to The Cure, Twerps and Talking Heads. Alex Lahey ‎– I Love You Like A Brother (Vinyl LP) 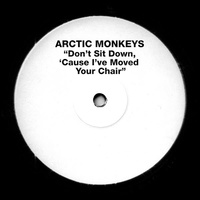 Arctic Monkeys - Don't Sit Down 'Cause I&#